Almost eight years later and we’re still dealing with the mysterious fungus known as white nose syndrome which is critically affecting the bat population. Originating in the northeastern US, it’s continually spreading further west and south. Although it may seem trivial to some, the furry, winged mammals (yes they’re mammals) play a key role in the eco-system… especially to farmers and their crops.

oser to home, as in our own backyards, bats help control insect populations with behavior that for the most part, goes unnoticed. They just happen to be some of our major pollinators too!

By offering shelter in the form of bat houses, you’ll encourage the critters to stick around. Several species are known to use the houses for roosting, and the shelters range in size from a single chamber to larger 5-chamber models. There’s even designer bat houses to enhance your landscape! 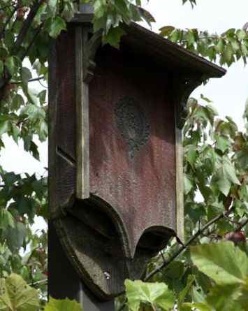 If you can spare 60 seconds, please see the quick note below from the Center for Biological Diversity, and take a stand for bats… thanks!

Since 2006 a deadly fungal disease called white-nose syndrome has killed nearly 7 million North American bats, pushing several species to the brink of extinction and creeping farther across the country every year.

But at least one of these species may get big help from the feds: The U.S. Fish and Wildlife Service has proposed to protect northern long-eared bats under the Endangered Species Act. 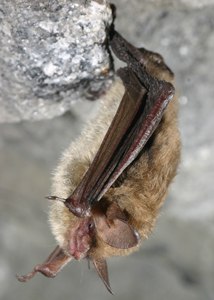 These bats have declined by 98 percent over a large portion of their range, and have been waiting a painfully long time for an emergency rescue. But — just as life-saving protections are in sight — the Service’s proposal to protect the creatures could be derailed by greedy energy companies, who are lining up to limit the bat’s protection.

Please take action now to tell the Fish and Wildlife Service to protect northern long-eared bats without delay. If we wait any longer, it may well be too late.

Click here to take action and get more information.