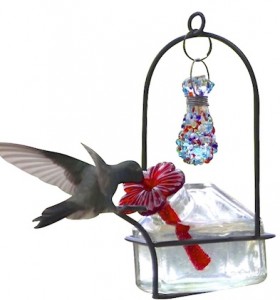 Gift idea # 45: Get someone hooked on hummingbirds!

First and foremost, the Hummingbird Society recommends leaving at least one feeder out for stragglers or the occasional sprite who doesn’t head south! Wintering along the East coast, several birds have been documented enduring tough weather in the Northern hemisphere- and their dedicated hosts who manage to keep nectar from freezing! 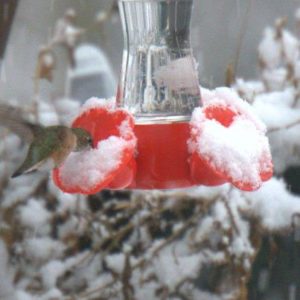 Although the company is now defunct, Bird Brain hummingbird feeders are still around, but we’re partial to the elegance of Parasol’s feeders instead. 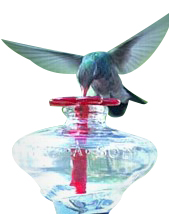 Both made from recycled glass, the ones made in Mexico are better quality than what comes from overseas. Their designs are unique, and Parasol’s love of birds shines through not only in their product offerings, but community involvement with raising awareness and conservation of the species.

In heir latest newsletter, the Mexican tradition Day of the Dead was explained and how Parasol was involved with the annual fall celebration. Their altar theme was dedicated to Martha, the last passenger pigeon. She died 100 years ago in a zoo after spending many years in captivity. Once an overly a 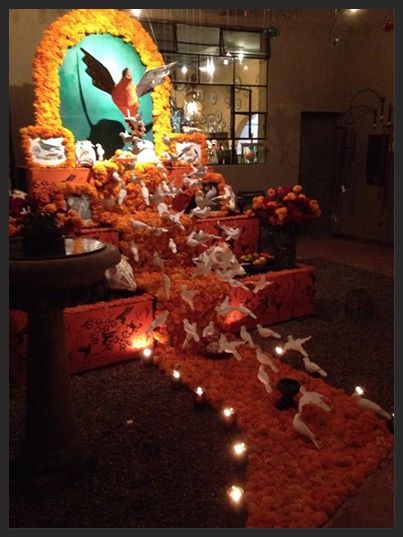 bundant bird, the passenger pigeon became extinct in a period of one hundred years due to indiscriminate hunting.

Martha is considered a symbol of the threat that humans pose for some species, and that’s why Parasol honored the centennial of her death and its relevance with their Day of the Dead altar. Several hummingbird species are currently listed as critically endangered, and The Birdhouse Chick is a proud business sponsor of The Hummingbird Society. A portion of proceeds from each hummingbird feeder sold goes towards the society’s ongoing conservation efforts.