We Wish You a Very Happy Mother’s Day! 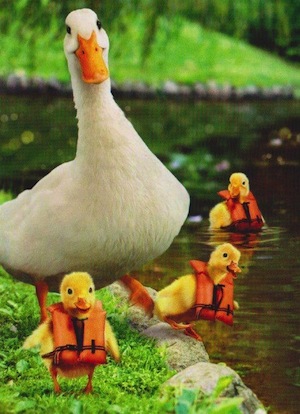 It’s the innate characteristic of a mom… be she two-legged, four-legged, feathered, furred or finned. To protect her young, nurture and raise them to the best of her ability.

In the feathered sense, moms have been flat out obnoxious around feeders lately (dads too for that matter). The timid chickadee and titmouse who usually grab one worm and politely fly off, have been stuffing their beaks with as many worms as possible. Some fall to the ground but never go to waste as a few robins have learned this is a most popular hangout – below the mealworm feeder.

Frenzied feeding is in effect as nesting season is in full force. Babies, babies everywhere, and frantic parents are constantly hoarding wild bird feeders. Waiting almost until dusk, when just a few cardinals are left feeding, I sneak to the mealworm  for Mrs. Phoebe. She doesn’t stand a chance with all those titmice and chickadees. Like a crazy person in the morning when starlings are spotted (one gulp and ALL the worms are gone) I go running outside, as tapping, no banging on the window no longer works. They try and shove their heads inside the bluebird feeder! Migratory visitors like cat birds and thrashers are even bigger pigs!! Bluebirds (with 5 nestlings) would rather not use their enclosed feeder, but they may learn to like it real soon!

Hey Dr. Seuss: usually timid now birds so bold – the bigger the beak the more it will hold 🙂