There couldn’t be a more fitting time of year to think about bats! The great thing is that bat houses and owl boxes help both species thrive, and they’ll take you up on cozy digs if offered in suitable habitat.

Beneficial to have around your property for rodent and insect control, bats and owls could use a helping hand as their natural habitats continue to shrink.

If you’ve ever climbed up in the attic to find a bat or two clinging to the vent screen… it can be a bit unnerving! But the flying mammals are fairly harmless and sadly, quite misunderstood. Popular at Halloween for their cryptic character, the Organization for Bat Conservation (OBC) has been established to educate and inspire people to save bats. 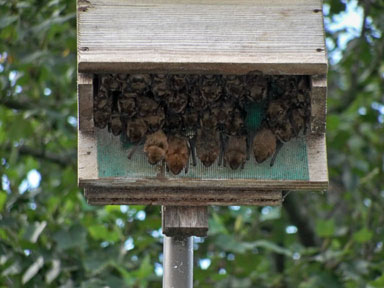 Installing a bat house is advantageous as these not-so mysterious creatures consume thousands of insects nightly, not to mention that as pollinators, bats help gardens thrive. Cool factoid: Being the sole pollinator of the agave plant, if it weren’t for bats there would be no tequila! Bat boxes are available from single- to 5-chambers, in durable cedar or recycled plastic. 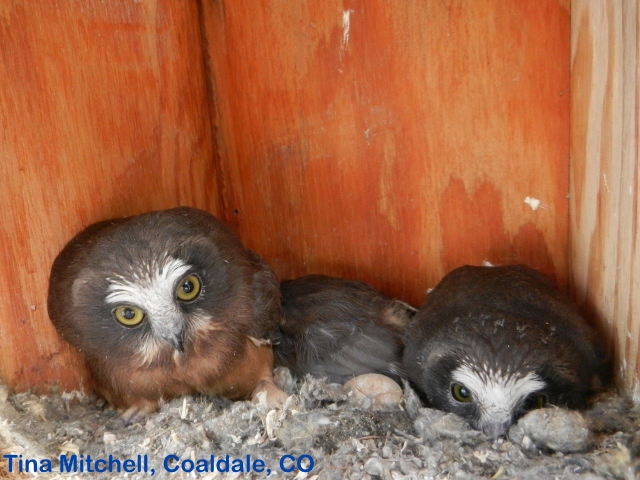 Owls seize every opportunity to find shelter and food sources wherever possible. When it comes to habitat, owls are versatile as they reside in wooded areas (most common), rain forests, grasslands, and open prairie. As long as owls are able to stake claim to their own territory and hide from predators during the day, they are survivors.

The common misunderstanding is that owls live in tree-tops but the reality is, they live in tree trunks, abandoned structures and barn rafters. Some live in shrubs and bushes where you would never think to look for them. Often, these birds are not found high off the ground as many people believe. Owls will use a suitable hollowed out log or opening in a tree for nesting, bud sadly dead trees and snags are often discarded by land owners.

Truth be told is that owls need not be perched up high to find their prey. They’ll hunt right from their nest location or owl house instead of using a perch like most birds.  Some owl species like the Great Horned- will not start a new nest, instead claiming nests of other raptors or Common Ravens that have been left behind. Barn Owls are known to roost year-round in their houses, so clean-out is best during non-breeding months in January/February.

Because owls are an isolating and territorial species, it’s believed that habitat loss could become critical for future survival. Even though they’re highly adaptable, owls like other wildlife are limited in what they can do without their natural habitat.

Interested in learning more to assist these majestic raptors? Install a species-specific owl house to offer cozy habitat for nesting and roosting.