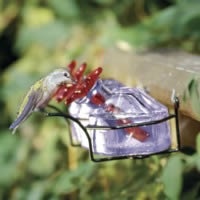 Their migration south will soon begin as will the “crazies”! Mobs of them, buzzing, fighting, darting around feeders to stake their claim. Tiny bodies need lots of energy for the trek back to winter breeding grounds in Central and South America, and it’s big attitude when it come to fueling up for the trip. Territorial would be an understatement, the sprites can become pretty fierce and downright possessed around feeders! 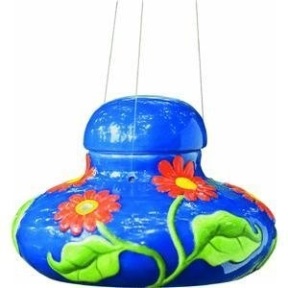 It’s been a weird season for hummingbirds, many folks report fewer numbers upon their initial arrival, the extended winter weather likely to blame. Fewer (almost none) of the birds’ natural nectar sources were available for their journey northward, possibly causing many to perish. It wasn’t until much later in the season we started seeing more numbers at feeders… and many of them being juveniles.

And soon again it will be time to go – the dwindling hours of daylight is what signals their clocks that it’s time. It’s a total myth that leaving feeders out will keep hummingbirds from leaving… Mother Nature tells them otherwise.

You can really make a difference in helping these flying jewels by offering as much food, and as many sources as possible. If you haven’t done so in the past, try making your own nectar before the season’s over (you’ll be glad you did). It’s really so very simple: 1 cup plain table sugar to 4 cups water… that’s it! Nothing else in the solution as it’s harmful, no red dye needed. We boil one cup of water just to dissolve the sugar more effectively – add 3 cups of cold and no waiting for it to cool. Store unused nectar in the fridge for up to two weeks. Some say the solution may be made stronger during migration as more sugar equals more fuel. Never stronger than a 1:3 ratio though. 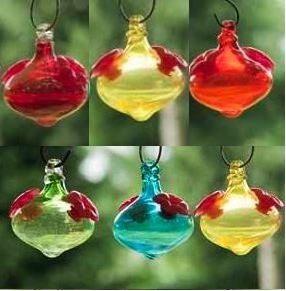 extra feeder or two so there’s not so much fussing and fighting. Multi-port styles are a good idea as they allow more birds to feed at once… provided they can all get along!

Most of the Bird Brain Hummingbird Feeders offer 2-3 ports and some of them are still around. In fact, they’re being manufactured again under a different name – so they must be worth it! The Mini-kins are perfect for this time of year because they come in a set of three and may be placed in separate locations. Again… less fussing and more eating will suit hummingbirds best for their long trip ahead!