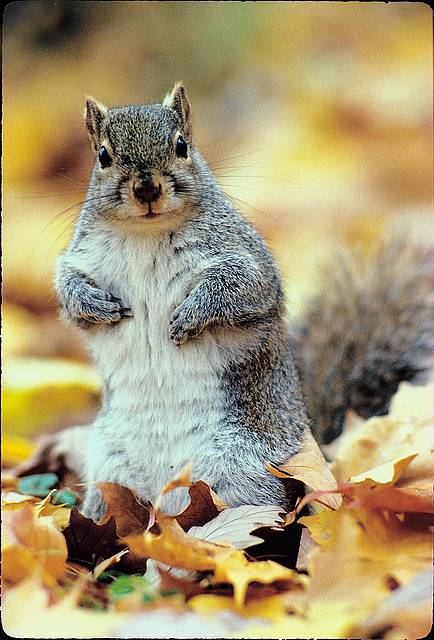 Even though we feed our squirrels, it’s just never enough food. And let me tell you, our crafty critters have learned how to defy gravity… spinning at the speed of sound on one of our squirrel proof bird feeders. I don’t know how they do it, but hanging on for dear life seems worthy of a few seeds to them?? It never ceases to amaze me that they don’t just fall over flat when the ride’s through. I think the birds really got a kick out of watching them too

They’re constantly trying to outwit every single one of the bird feeders, but always foiled by the ones set up with baffles. Setting up a new feeder on the back deck so I could catch some close-up views from the kitchen and breakfast room window was a great idea in theory.

A hopper seed feeder hangs from a deck bracket. In between the two, a motorized squirrel baffle that is weight-sensitive. At first the spinning feeder would cause the squirrels to want “off” this ride. But after a while, they got use to it and learned to hang on, and even manage a seed or two during the wild ride.

Eventually I gave up and moved the feeder away from the deck and hung it on a pole with a baffle. This solved the problem and still allowed for close-ups of feathered friends. Squirrel baffles, when properly placed, will turn any feeders into true squirrel proof bird feeders… once and for all!