Although you may still have snow on the ground… ’tis the season in the southeast! Already we’re seeing bluebird families dissipate to claim territory while luring mates and scouting houses. Purple martins have returned which means barn swallows are en route. The latter, both considered migratory birds are here for their spring/summer breeding season. Martin landlords are ecstatic (just check any social media page) and bluebird enthusiasts are gearing up hoping for a strong nesting season.

Still somewhat intact (despite environmental protections systematically being destroyed), is the Migratory Bird Treaty Act which was written in order to protect these (and other) beneficial migrating birds. Impeding the nest of any migratory bird is not only illegal, it’s immoral and downright mean. There are alternatives should nesting birds become problematic around your property.

Barn swallow nest cups are just one example. Made of wood, they’re less messy than natural nests and last for years. Best part is that swallows love these cups and by customer reviews over the years- it’s 5-star all the way! Should the poop be a problem, simply install a small shelf below the nest cup. It won’t bother the birds in the least and messy poop problem is solved. This inexpensive optional add-on will be available with our nest cups very soon!

Because swallow nesting sites are disappearing (along with much of the natural habitat) we’re rooting for these family-oriented birds who eat thousands of bugs and mosquitoes. With 2 broods per season, they return to the same nesting site each year… with kids in tow! It’s actually pretty cool to witness the cycle and for folks who’ve been lucky enough to have them- their early spring arrival is eagerly anticipated. 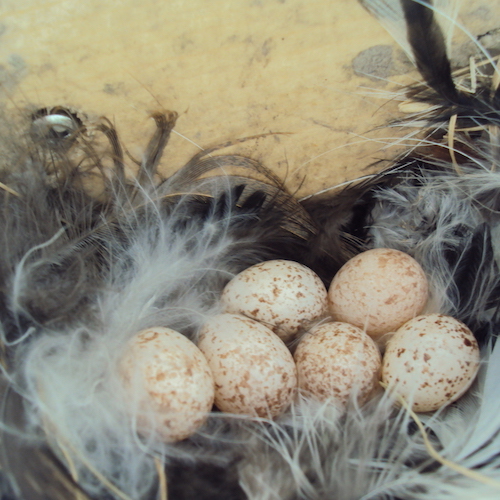 We reside near a Publix Supermarket outside of Atlanta. Their grande brick entryway happens to be the home of a barn swallow family who’s been nesting there for the past three years. We’re in this store enough for a family of ten… needless to say it’s like every other day. So periodically looking up to see if the swallows were back yet, we noticed the dreaded bird spikes installed to keep them from nesting. Heart sink now, so very disappointed 🙁

Of course nobody in the store really cares (part of society’s problem today) so four times we tried to get management on the phone. A bit of gentle education was in order- just letting them know what they’ve done is actually illegal and there are alternatives available. We’re more than happy to donate the nesting cups and make the shelves to contain any poop. Management had no idea and thanked us for our concern. They took our info and said property management would be in touch. Hope so… we’ll see what transpires. And hey… it’s all about the birds 🙂 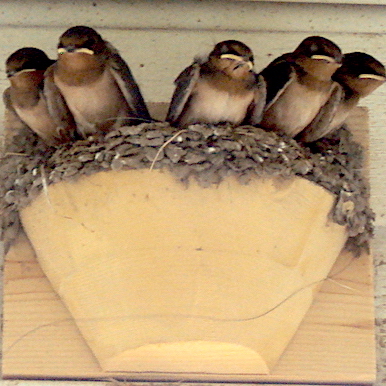 Update: After speaking with GA Dept. of Natural Resources, we learned the practice of blocking nests of migratory birds is not illegal.

What is considered illegal is harming or removing a nest. So, if the birds have begun building, it’s hands-off and no interference is allowed. Since the swallows have not yet arrived, blocking their nest area is legal… but still cruel and ethically wrong when such easy alternatives are available.